View source
watch 01:57
Who is Alex Katsopolis?
Do you like this video?
Play Sound

He grew up in the house with the Tanner family. Becky got pregnant with Alex and his twin brother Nicky and had trouble breaking the news to Jesse. She tries to tell him in a candlelight dinner but Jesse was too happy to go on tour. Later she told him in a game of Pictionary. On Michelle's birthday, they had the twins. In "Nicky and/or Alexander", Jesse mixes them up by taking off their booties and put Alex's booties on Nicky. Later he inks Alex's foot. Then Becky finds out. He was named after Becky's teacher who gave her the inspiration to study journalism. He is blonde, has blue eyes, and wears red pajamas (as Michelle knew and Stephanie didn't in "The Perfect Couple").

Alex, much like Nicky, is a humorous and mischievous character. Throughout the seventh and eighth seasons, they caused trouble worth more than the two of them combined, let alone singular. They adore each other, which caused them to cling on each other(Support Your Local Parents)until Jesse and Becky  had them find their own personalities. They also were the focus of Jesse's attention and he tried to raise them the way that his own father never had, but it usually led to them overpowering him until Becky comes in with her motherly advice for him. Nevertheless, they are both still mischievous and cause much stress to their parents' lives. 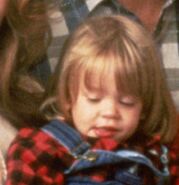 From "Trouble in Twin Town" 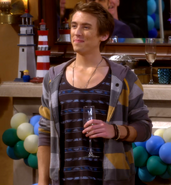