In 1992, she made an uncredited cameo apppearance in the Mary-Kate & Ashley Olsen TV movie, To Grandmother's House We Go.[1]

Andrea also guest-starred on television shows such as Fantasy Island, St. Elsewhere, The Twilight Zone, Our House, and Growing Pains.

Andrea is the youngest of three children. She has two older brothers: Darin and Justin. On September 1, 2002, Andrea married Jeremy Rytky and they have two children.[2]

She attended Whittier College with a major in English. She also worked as the assistant to the director of Whittier College's Office of International Programs. She completed her M.A. in Women's Studies at the University of York in England. She also spent a semester in Denmark.

Andrea and Jeremy ended their marriage in divorce in 2014. Any other romantic relationships have not been disclosed.

When Kimmy was pregnant in Fuller House, Andrea wore a prosthetic belly.

On Days of Our Lives 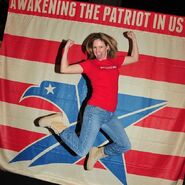 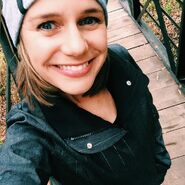 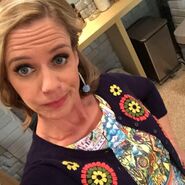 At the Fuller House premiere 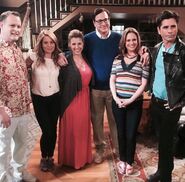 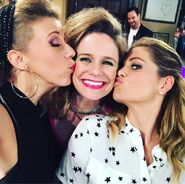 "The She-Wolf Pack" in season three 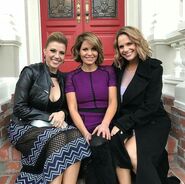 On the front steps of the Tanner house 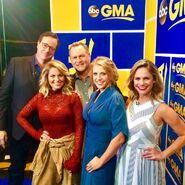