Start a Wiki
watch 01:15
Who is Danny Tanner?
Do you like this video?

Danny leaves behind his old family home to move and host a new show, Wake Up, USA. He originally intends to sell the house, but decides to take the house off the market when Stephanie and Kimmy decide to move in and help D.J. raise her children. Later, Danny returns to San Francisco for a Wake Up, San Francisco reunion. He is devastated to learn that Max's dog Cosmo ruined the family couch, but Stephanie manages to get one that looks exactly the same and makes him a blazer with material from the old couch.

Danny attempts to help fulfill Max's dream of riding in a fire truck, but the fire chief is still bitter that he did not get a chance to sing on Wake Up San Francisco years earlier. Danny sets up so the fire chief can sing on camera, and assures the cameraman they will edit it out of the real show. He also has a special bond between his grandson Max, who is similar to him. 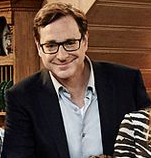 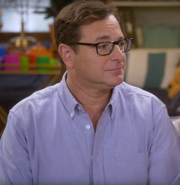 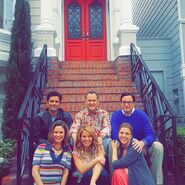 Add a photo to this gallery
Retrieved from "https://fullhouse.fandom.com/wiki/Danny_Tanner?oldid=45812"
Community content is available under CC-BY-SA unless otherwise noted.