Jesse's Girl is episode eight of the first season on Full House. It originally aired on November 13, 1987.

On a stormy night, Danny finds Jesse and Joey in the living room, and Jesse is holding a baseball bat. Jesse explains that he was going to use the bat on who he thought may have been a burglar. D.J., Stephanie, and Danny are curious to know why Jesse looks like he is ready to attack Joey with the bat. They all join him for a little bedtime story he made up himself.

In a flashback, they find out why Jesse seems poised to do great bodily harm to Joey. It all began when he brought home his latest girlfriend Corinna, ostensibly to give her guitar lessons. Corinna is a teacher who wants to learn how to play guitar so she can play it for her students.

However, Jesse gets a harsh lesson of his own when she demonstrates a decided preference for Joey—especially when he delivers an extemporaneous one-man re-enactment of The Wizard of Oz (shown in video) when the cable service goes out during a storm, thus there is nothing to watch on TV. Just when it looks like Jesse and Joey will never be able to mend their differences, an unexpected mediator saves the day.

Danny tells Jesse he thinks that he did not actually fall in love with Corinna, because that takes time. He believes that Jesse fell in love with being in love. Jesse admits that he does seem to fall in love a lot, and he says it is just that every time he meets a woman, he is hoping that she is the one. Danny understands and he tells Jesse that he does not have to try so hard, because he will know when the right woman comes along. Joey explains that he was shocked when it turned out that Corinna likes him as much as he likes her. Jesse asks Joey why he would be shocked at that, because Joey is a good guy. Jesse tells Joey to have some faith in himself.

Corinna comes back to explain that she feels terrible about the situation between Jesse and Joey, and that she does not want to mess up their friendship. Jesse tells Corinna that he is accepting that she prefers to be with Joey, and tells her that she should take some time to get to know Joey. She likes that idea. Danny, Jesse, Stephanie, and D.J. leave Joey and Corinna alone downstairs, and the two kiss again.

The episode title is a play on Rick Springfield's biggest hit song, "Jessie's Girl". It was the #5 song of 1981. Incidentally, both Rick Springfield and John Stamos were regular actors on General Hospital.

This is the first of three episodes written (this one co-written) and directed by creator/executive producer Jeff Franklin. 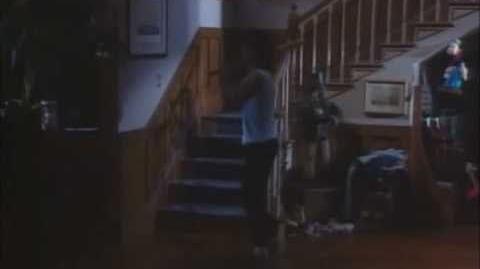 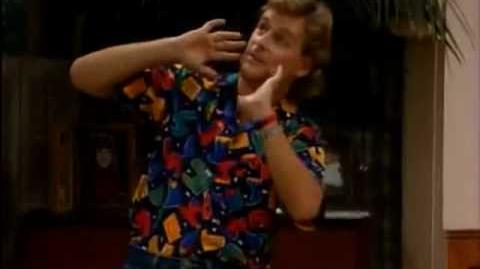 Joey - Full House "The Wizard of Oz".mp4
Add a photo to this gallery
Retrieved from "https://fullhouse.fandom.com/wiki/Jesse%27s_Girl?oldid=50519"
Community content is available under CC-BY-SA unless otherwise noted.