Start a Wiki
watch 01:16
Who is Michelle Tanner?
Do you like this video?

Michelle Tanner was born on November 12, 1986 to Pam and Danny. She is the youngest daughter in the Tanner family. Michelle has blonde hair like her sisters, D.J. and Stephanie. She was nine months when her mother Pam died instantly from her injuries in a car accident after getting hit by a drunken driver. Since Michelle does not remember her mother, her family tells her what Pam was like in the final episode. She turns one year old in the first season and by the end of the show Michelle is eight. She grows up on the show. Michelle appears in every episode of every season. As she gets older, she has a wild streak and is a smart-aleck. She is shown having many friends, and spending much time with them. She always tries to follow in D.J. and Stephanie's footsteps. Michelle is the character with the most catch phrases. She mentions that her favorite color is green in "Tough Love" (7.4). 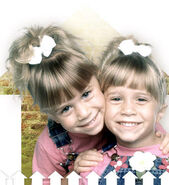 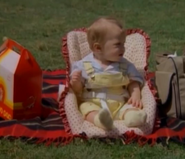 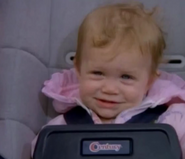 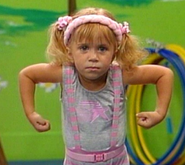 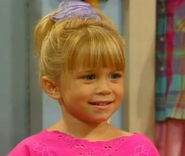 Okay, we know that Michelle has not appeared in Fuller House. Should the producers have handled it differently?

Retrieved from "https://fullhouse.fandom.com/wiki/Michelle_Tanner?oldid=48435"
Community content is available under CC-BY-SA unless otherwise noted.