View source
watch 01:22
Who is Pamela Tanner?
Do you like this video?
Play Sound

Christine Houser
Pamela Jo Margaret Tanner (née Katsopolis) (March 5, 1958 – May 12, 1987) was the wife of Danny Tanner, and the mother of D.J., Stephanie, and Michelle Tanner. She was also the daughter of Nick and Irene Katsopolis, and the big sister of Jesse Katsopolis.

Pamela was born on May 5, 1958, to Nick and Irene Katsopolis. Her brother Jesse was born five years later.

In September 1972, Pam met her future husband, Danny, in tenth grade when she sat next to him in Geometry class. They eloped at a young age, which upset both of their families, causing his mom, Claire, to cry about it for a month, and even caused Jesse to get so mad that he beat Danny up.

They have a wedding in the spring of 1976 and later have their first daughter (D.J.). She was supposedly in college with Joey and Danny. They later had two other daughters (Stephanie and Michelle). Nine months after giving birth to her third and final child Michelle, she was killed by a drunk driver.

Shortly after her death, Pam's younger brother, Jesse, moves into the house to help his brother-in-law, Danny, raise his three nieces. He is the one who seems to miss her the most, which is one of the reasons why living with the Tanner family means so much to him. It was he who pulls everyone together after his sister’s death.

Joey talks about how her laugh was contagious, and by putting her in the front row during his new comedy sets, she'd have the whole place laughing.

In "Fuller House", the "Full House" spin-off, it is revealed by Stephanie and D.J. that "Build Me Up Buttercup" was her favorite song. 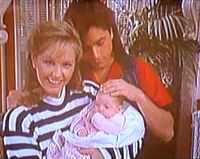 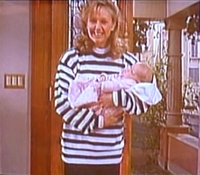 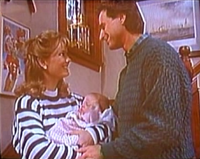 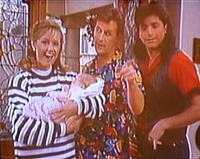