Wake Up, San Francisco is the KFLH-TV Channel 8 morning breakfast talk show, hosted by former sportscaster Danny Tanner, and former A.M. Omaha talk show host Rebecca Donaldson. It is also produced by Rebecca in later seasons. In "Tanner vs. Gibbler", Mr. Strowbridge, Danny and Rebecca's boss, believed that good chemistry between the two would bring the show from number three to number one, and the fact that the show Wheel of Fortune was moved.

Guest appearances on the show range from celebrities to people who need publicity, to people who have done crazy things. There have also been others who have filled in for one of the hosts, such as Danny's brief fiancee, Vicky Larson, or stand-up comic Joey Gladstone.

The Wake Up, San Francisco viewers (and Rebecca) enjoy watching Danny make a total fool out of himself by singing and dancing. Once, Jesse Katsopolis's band, Jesse and the Rippers, had played on the show and involuntarily played a song with Danny singing.

In Fuller House, it is revealed that the show went national and was renamed Wake Up, USA. 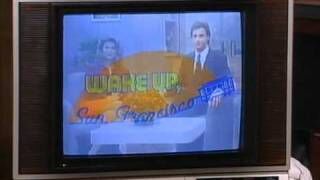 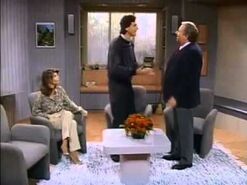 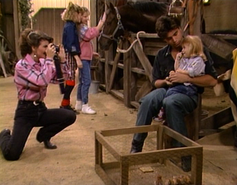 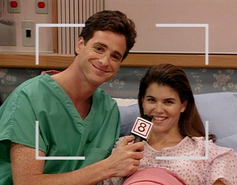 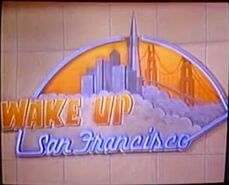 Retrieved from "https://fullhouse.fandom.com/wiki/Wake_Up,_San_Francisco?oldid=50577"
Community content is available under CC-BY-SA unless otherwise noted.